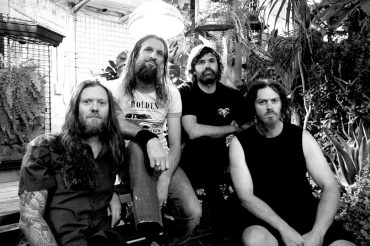 Hailing from Melbourne, El Colosso are one of Australia’s leading heavy rock bands.

Since forming in 2015, the band has built a formidable reputation as one of the country’s premier live acts – blending huge riffs with infectious hooks, producing a massive sound that doesn’t merely honour its '70s & '90s roots, but transcends them.

The band released their monster, self produced, debut long-player, Pathways, in 2017 to great fanfare. It is, however, in the live setting that the essence of El Colosso is truly captured with the band cementing their place as an in demand headline act in their home town and across Australia. The band has also been the go to band of choice for international visitors winning over audiences at shows by Thunder (UK), Seether (South Africa/USA), Voivod (Canada) and Corrosion of Conformity (USA).

In 2018 ,El Colosso, completed their debut international tour taking on a European trek with shows in Germany, France, Slovakia, Belgium and Spain. Keeping to the roots of rock 'n' roll, the bands work ethic can not be questioned, completing a total of 22 shows in a short 4 week period.

The band is currently readying their second album, due for release in early 2021, followed by a long awaited return to the stage.

El Colosso are exclusively booked by The Silverback Agency.