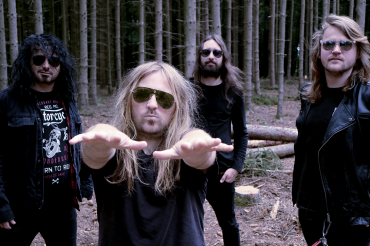 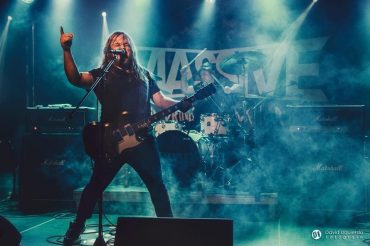 Aussie high octane full throttle rock n rollers MASSIVE have been drinking beers and smashing ears since 2012. Described as a blend of Guns n Roses, AC/DC, Led Zep, and Green Day, Massive have built a strong following around the world.

The bands debut album “Full Throttle” gained the attention of legendary metal label Earache records, who signed them to a multiple album deal. Almost immediately there were billboards on Motorways across the UK. Classic Rock magazine gave the album away for free on the May 2014 cover and Kerrang described the band as the next Guns N Roses.

The band hit the road, touring with Glenn Hughes, Living Colour, Screaming Jets and Blackberry Smoke as well as playing the European summer festival circuit alongside some of the worlds biggest acts.

Massive’s follow up album reached top 40 in the UK and debuted at 19 on the Australian independent charts. In 2016 The screaming Jets personally invited the band back for their second tour in as many years. The band also took on a massive 3 month headline and festival tour across Europe living out the back of their van.

In 2019 the band released their 3rd studio album “Rebuild Destroy” to critical acclaim. Metal Hammer described the album as “boldly pushing hard rock into new spaces” Back home the album was the number 1 independent album in Australia for the second week of February.

Unable to slow down the band are working on their 4th studio album for 2021. Strap yourselves in, these road dogs have their foot on the throttle.

Massive are exclusively booked by The Silverback Agency (except UK & Europe).