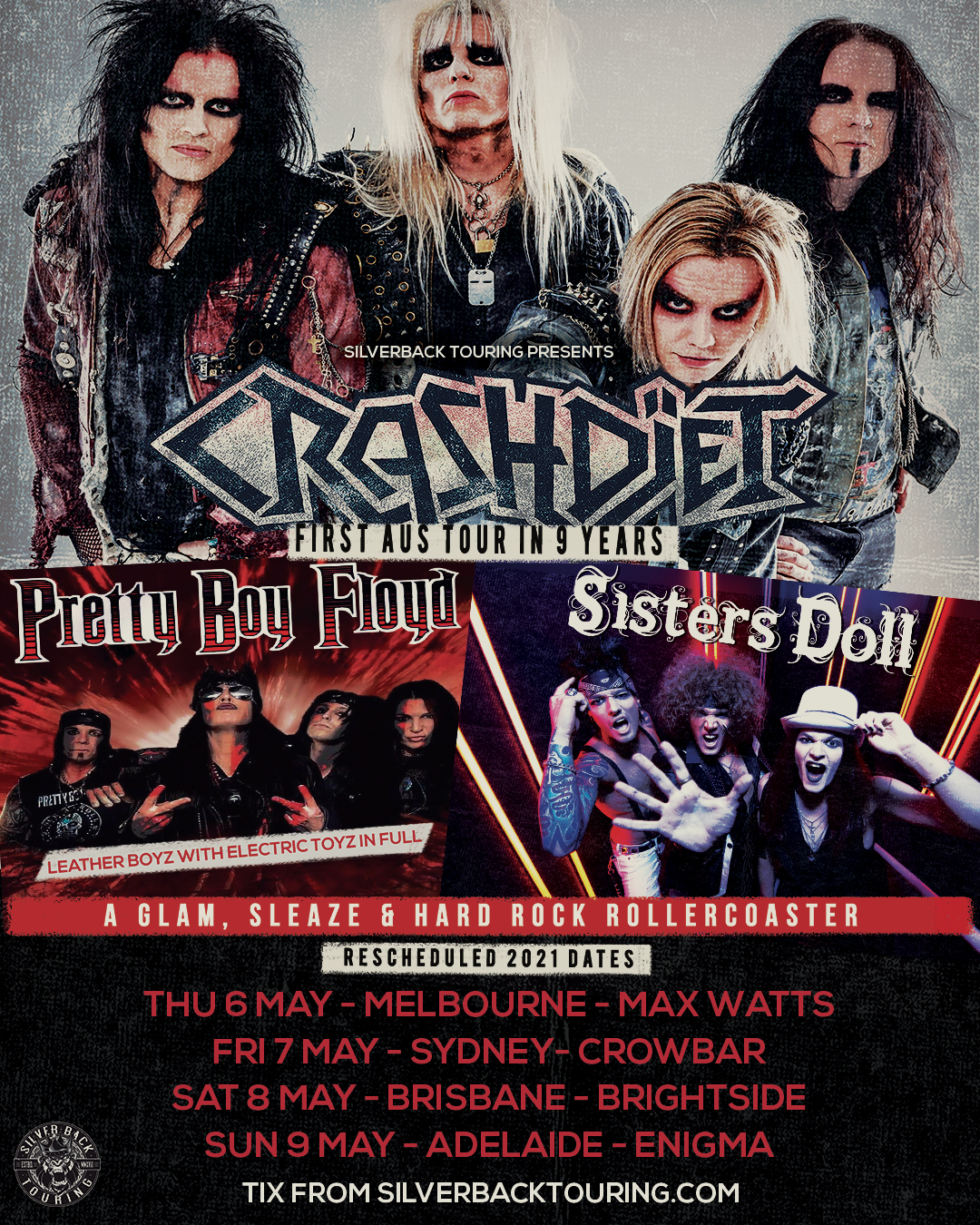 Sisters Doll are a trio of brothers of blood and of rock ’n’ roll. The Perth natives who now call Melbourne home, have developed quite a reputation for their over the top stage personas and high energy live show.

These melodic rockers do not shy away from hard work. In their 10 year career, they have amassed over 600 live shows and have released two albums, without any label support. Their mainstream breakthrough came as runners up on “Australia’s Got Talent” in 2016 and since then, the band has grown from strength to strength performing around Australia with Bruce Kulick (of Kiss fame), John Corabi, LA Guns, The Angels, Angry Anderson and Peter Criss. It was with Criss that the band performed in New York for his final two performances.

With a loyal fan base, known as the “Doll Army”, the band continues to win over legions of fans with each performance. They are highly regarded for their professionalism and work ethic and are playing a huge part in leading Australia’s fun and good time rock revival. Don’t miss any opportunity to enter the Dollhouse

Sisters Doll are exclusively booked by The Silverback Agency.