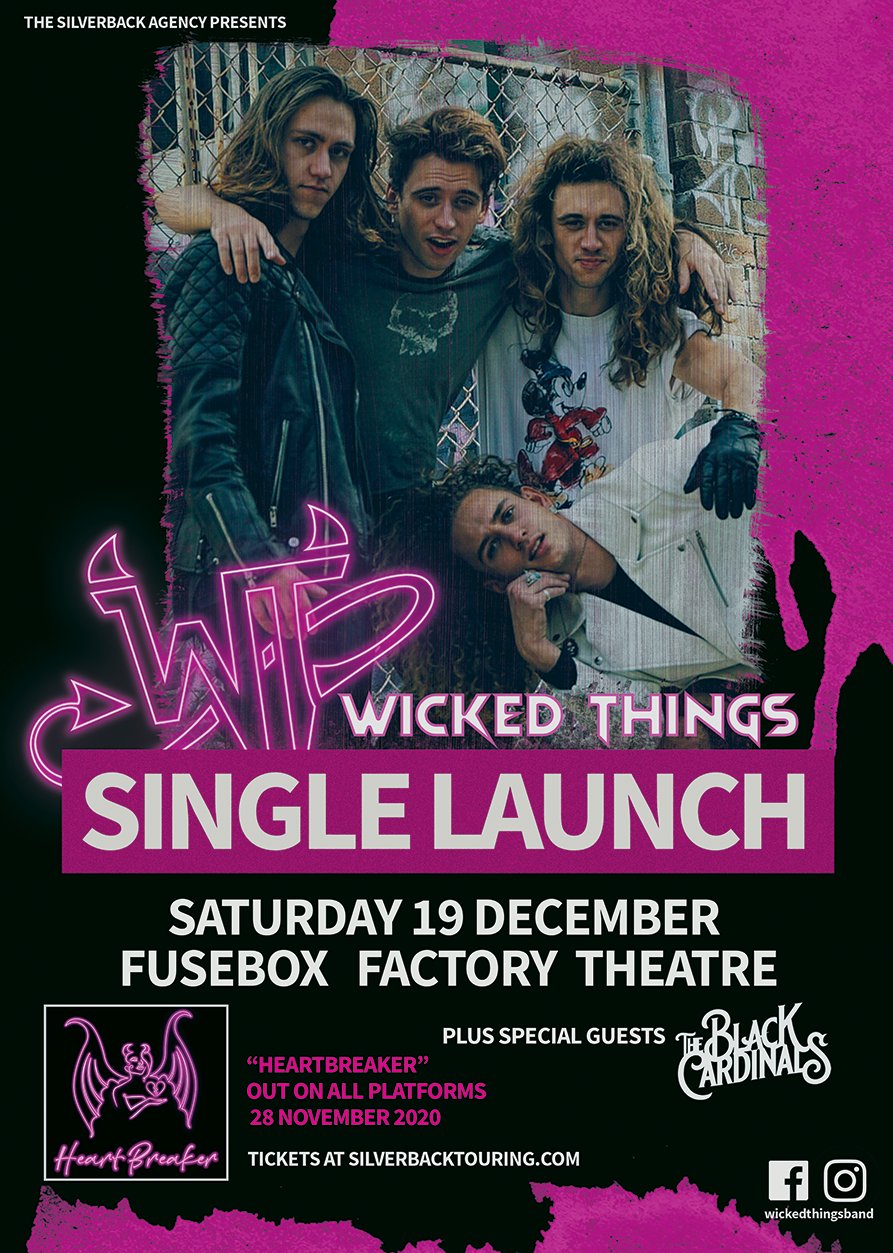 When you think of good time rock ’n’ roll, your mind won’t stray far from old school Van Halen fronted by David Lee Roth or any of their Sunset Strip counterparts that defined a scene, a generation, a sound, a lifestyle.

As time wears on, what is old becomes new again, but often reinvigorated with a sense of youthful energy and interpreted with new eyes and ears. Greta Van Fleet have done it well, as have The Struts and as we venture into 2021, you can expect to see and hear more of those throwback vibes from young upstart rock ’n’ rollers paying homage to the greats of yesterday all with a millennial spin.

One such act is Sydney rockers, Wicked Things, who proudly parade the influence of ’70s and ‘80s rock ’n’ roll in their sound, their look and their swagger.

Made up of four biological brothers, Blade Hills (guitars), Gericho Hills (bass), Cooper Hills (drums) and Kaleb Hills (vocals), the quartet have been a mainstay in the Sydney rock scene for two years and have built quite a following on the back of their hook laden songs, catchy riffs, massive drums and driving bass lines all delivered in one hell of an energy packed live show.

With a tour of Europe under their belts and numerous shows in their home state, audiences around Australia will soon have a chance to witness Wicked Things as they head out on their first national tour in May 2021 in support of Swedish rockers H.E.A.T and Crazy Lixx.

But first, the band is excited to release their second single, the catchy as hell, balls out rocker, “Heartbreaker”, slated for 28 November 2020, followed by a headline show in their home town to round out the year before going to work on their debut EP, due for release in March 2021.

If one thing is to come out of this riddled year of 2020, it’s the fact that the world will have an itch for good time rock ‘n’ roll and the remedy for that itch will be Wicked Things.

Wicked Things are exclusively booked and managed by The Silverback Agency.